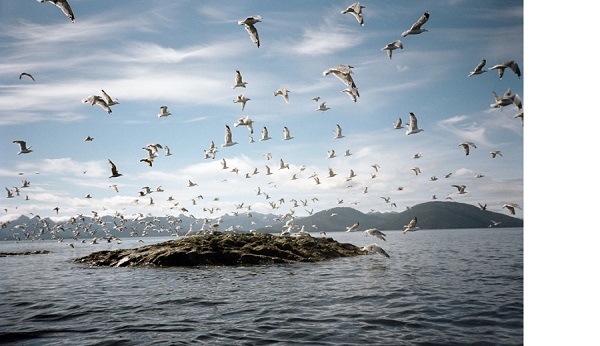 Asleep in Your Branches

Asleep in Your Branches  opens October 11th at Positive Negative Gallery as part of Capture’s city-wide celebration of lens based art. Casey’s career has traversed both artistic and commercial photography, with a keen eye for the photogenic. Despite being fluent in the realm of digital photography, Casey is adamant about the virtues of analog film. Casey states in one of his journal entries, “film’s greatest strength is also it’s weakness.” He argues there is something incomplete about an image that is produced when light is exposed to a reactive film,  which is what high definition and 3D imaging appears to have been designed to remedy- though without clearly exploring whether it is indeed a problem that needs fixing.

What lacks in film photographs is what entices the mind and the memory to enter into a dialogue with the image- filling in the pieces. For Casey’s series British Columbia, that engagement is even more active for those of us living in the province. As Gallery Director Adam Lupton notes, “his vision guides one through a timeless dreamscape,” which we can surely all recognize as “beautiful British Columbia.”

The title of the show, Asleep in Your Branches, speaks to the story-telling element of Casey’s photographs- as if the exhibition were premised with Once Upon a Time. Let yourself wander through the narrative, and be sure to visit Positive Negative to view Casey’s work. Visit the Capture website for more information on other festival events.